Larix International is a group of ranking publishers and organizer’s for scientific conferences around the globe nesting well-known Doctors, Engineers, Scientists, and Industrialists. Larix is a self-functioning, independent organization wholly focused on arranging conferences in multi-disciplines of research on various science fields. The conferences are administered by global influential scientists and scientific excellence. We are even open for the upcoming scientists and scholars, who are in need of a platform to give their voice a much needed larger volume.

THE BIOTECHNOLOGY
Biotechnology is a broad discipline in which biological processes, organisms, cells or cellular components are exploited to develop new technologies. New tools and products developed by biotechnologists are useful in research, agriculture, industry, and the clinic. Modern biotechnology provides breakthrough products and technologies to combat debilitating and rare diseases, reduce our environmental footprint, feed the hungry, and use less and cleaner energy, and have safer, cleaner and more efficient industrial manufacturing processes. Currently, there are more than 250 biotechnology health care products and vaccines available to patients, many for previously untreatable diseases. More than 13.3 million farmers around the world use agricultural biotechnology to increase yields, prevent damage from insects and pests and reduce farming's impact on the environment.

Posted by Larix Conferences at 12:29 PM No comments:

There are actually two questions behind this question.
Let's start with the first question.
Who discovered CRISPR?
In 1987, Yoshizumi Ishino at Osaka University was studying the E. coli gene iap. During their sequencing efforts (remember, this was 1987), they found this odd 29 nucleotide repeat sequence with a 32 nucleotide spacing.
The final sentence of the paper [1]

So far, no sequence homologous to these have been found elsewhere in procaryote, and the biological significance of these sequences is not known.

In that pivotal study, Doudna and Charpentier recognized through a very careful set of experiments that the Cas9 endonuclease was able to generate double strand breaks, a key finding that would allow scientists to carefully cut DNA in specific locations and trigger double strand break repair. That ability allows anyone to insert a DNA fragment of choice. [10][11] It was June 2012.
With the mechanism solved and the proof of concept demonstrated, it lead to a massive footrace to demonstrate the same in humans.
Feng Zhang was already famous because of his work in developing Optogenetics. By inserting a gene into a neuron cell, they could activate specific neuron cells simply by shining light into the position. With that ability, a scientists would be able to control the actions of a monkey purely with the switch of the light. In turn, Feng help launch an entire field of neuroscience and until 2012, was probably the breakthrough of the decade. Already at a young career, Feng was in a good spot to share a several awards with Karl Deisseroth and Edward Boyden for that body of work.
However, the huge challenge with the system was readily producing neurons with the integrated gene. As a postdoc with George Church, Feng was exploring methods on using the TALE system to rapidly and easily target DNA sequences in mammalian genomes. With the early realizations of the Cas9 endonuclease system, it was just a matter of time before a way to make it work in humans was possible. Coming from George Church's group, a group that was already well positioned to manipulate genes, Zhang was able to quickly commercialize the technique.
In January 2013, 4 sets of papers were published:
Which is where things get really complicated. Due to their experience with IP and tech transfer, Zhang was able to get the earliest and broadest patent on the CRISPR/Cas9 technology and has been able to develop the streamlined system and software that most users of the CRISPR/Cas9 technology generally use. Doudna has her own set of patents but her claims have been hampered by the existence of Zhang's patents.
Not to be outdone by each other, each group have also elucidated the crystal structures:
I would strongly suggest looking at this article from Quanta Magazine which seems to have done the most research on the topic. Breakthrough DNA Editor Borne of Bacteria | Quanta Magazine. HHMI's article from 2011 is also a good read When Worlds Collide.
In conclusion
CRISPR is a brand new field of biology that has multiple key discoverers.
Reference: https://www.quora.com/Who-invented-CRISPR
Posted by Biotech 2019 at 10:26 PM No comments:

Since the beginning of our viral service in 2016, we’ve added many new tools to our inventory of ready-to-use viral vectors. Here are some of the AAV we have released so far in 2019. You can also browse our entire AAV inventory!
Our new AAVs include:
Read on to learn more! 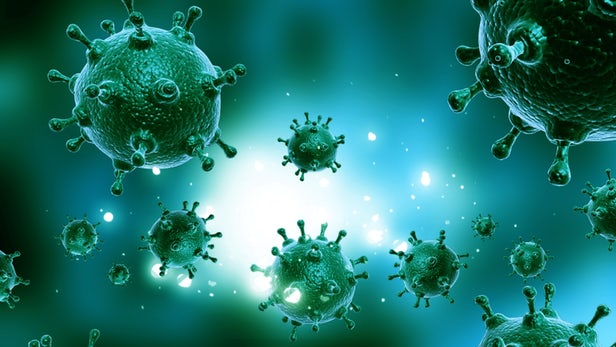 The GFP-based calcium sensors are single-wavelength sensors with intensities that change in response to calcium binding. There are a few versions of these jGCaMP7 sensors with different properties (for example, overall brightness or on/off kinetics) that makes them suitable for different applications. We recently released a new variant of jGCaMP7 (keep reading) and will be releasing more variants in the next few months (see “coming soon”).
The 7b variant (pGP-AAV-syn-FLEX-jGCaMP7b-WPRE) exhibits the brightest resting fluorescence of the GCaMP7 family of calcium sensors and can be used for imaging of small neuronal processes like dendrites and axons.
Find the 7b variant of jGCaMP7 in AAV1 at Addgene!
See all calcium sensor AAV at Addgene.

GABA is the primary inhibitory neurotransmitter in vertebrates, but methods for directly imaging GABA have been limited. Like calcium sensors, different iGABASnFR have been developed and are suited for different applications. The iGABASnFR GABA sensor (pAAV.hSyn-FLEX.iGABASnFR) has good membrane localization and brightness. The F102G variant (pAAV.hSyn-FLEX.iGABASnFR.F102G) is noticeably dimmer than iGABASnFR, and accumulates in the endoplasmic reticulum, but exhibits larger fluorescent responses to GABA.
Find the iGABASnFR and its F102G variant in AAV1 at Addgene!

Historically, electrical activity in the brain was measured with implanted electrodes. The Archon1 voltage reporter allows a way to monitor neuronal electrical activity through imaging. Since it’s illuminated by red/orange light, Archon1 can also be used in conjunction with optogenetic activators and inhibitors that respond to blue light. We recently released a constitutive (pAAV-Syn-Archon1-KGC-GFP-ER2) and cre-dependent version (pAAV-Syn-FLEX-rc [Archon1-KGC-GFP-ER2]) of this membrane-embedding voltage detector.
Find Archon1 and its cre-dependent version at Addgene!

These fluorescent protein expression vectors can be used to visualize cells and to quantify targeting of particular cell types. For example, the mDlx enhancer restricts expression to GABAergic interneurons. These vectors can also be used as the control vectors for experiments encoding a fluorescent-tagged molecular tool.
Find pAAV-FLEX-tdTomato, pAAV-GFAP104-mCherry, pAAV-mDlx-NLS-mRuby2, CAG-NLS-GFP,and pAAV-hSyn-mCherry at Addgene.

These vectors listed below should be released at Addgene in the next 6 months, pending quality control. For an estimate on availability date or to be notified when a particular catalog item is available for order please email help@addgene.org with the vector name and serotype you’d like to be notified about.

Reference: https://blog.addgene.org/new-and-upcoming-viral-vectors-spring-2019
Posted by Biotech 2019 at 12:30 AM No comments:

My lab's vector of choice is AAV, with nearly every experiment requiring AAV. Before joining my lab, I had never worked with AAV, so naturally I had to package some virus for my first experiment. It was a bit intimidating, but I had my lab’s protocols and some great co-workers to help me out. Even with these tools, I found myself writing AAV production tricks into the margins of my protocol. While these tips weren’t critical to the experiment, they definitely made my life easier!  In this post, I’ll share some AAV production, purification, and titration tips, while also summarizing the basic steps and analyses needed for packaging AAV.

Overview: The first step in packaging AAV is transfecting HEK293 cells with AAV packaging plasmids. The cells need three different plasmids to produce AAV: 1) the RepCap plasmid which provides the AAV replication (rep) and capsid (cap) genes. AAV replication uses the host’s polymerase, but requires Rep proteins to process a double-stranded intermediate into the single-stranded genome that's then packaged into AAV’s protein shell, or capsid; 2) the pHelper plasmid which expresses adenovirus genes which help mediate AAV viral replication; and 3) the transfer plasmid which encodes a transgene of interest that’s packaged into the virus. Two to five days after transfection, the AAV-containing cells and media are harvested and purified. In total, this process takes 4-7 days, not counting the time needed to expand the HEK293 cells. Check out the Addgene AAV Production protocol for more details.
Pro tips

AAV purification with iodixanol gradient ultrafugation
Overview: Iodixanol gradient ultracentrifugation uses a gradient of different concentrations of iodixanol to separate out contaminants from an impure AAV preparation. 15%, 25%, 40%, and 60% iodixanol solutions are carefully layered and then the viral suspension generated during AAV production is overlaid. Following ultracentrifugation, the AAV-containing 40% fraction is collected and buffer exchanged to remove the iodixanol and concentrate the purified virus. This process can be completed in one long day, or the virus can be stored at 4 °C and buffer exchanged the next day. Refer to the AAV Iodixanol Gradient Ultracentrifugation Protocol for more details.
Pro tips

Overview: AAV titering by qPCR quantifies the number of genome-containing viral particles that are present in an AAV prep. AAV samples are first DNaseI digested to remove any residual AAV plasmid that was carried over from the AAV production process. Either SYBR green technology or a TaqMan primer/probe set can be used and samples are quantified by comparing to an AAV standard curve, which is generated from an ITR-containing plasmid. This whole process takes ~3 hours to complete: 1 hours hands-on time and 2 hours for the qPCR run and data analysis. Refer to this Addgene AAV Titration by qPCR Protocol for more details.
Pro Tips
Do you have any AAV production tips or tricks? Please share them in the comments below!

Reference: https://blog.addgene.org/tips-for-a-1st-time-aav-user-by-a-rookie-aav-user
Posted by Biotech 2019 at 5:01 AM No comments: